We are delighted to welcome fantasy author, Bradley Beaulieu to the UK to celebrate the release of the new book A VEIL OF SPEARS, the new novel in his A SONG OF THE SHATTERED SANDS series.

Bradley will be teaming up with some of your favourite scifi, fantasy and horror authors to tour the UK and meet as many bookish fans as he possible can. We’re looking forward to meeting a lot of you on the road, check out the dates below as see if you can make it. Book your tickets now to avoid disappointment. 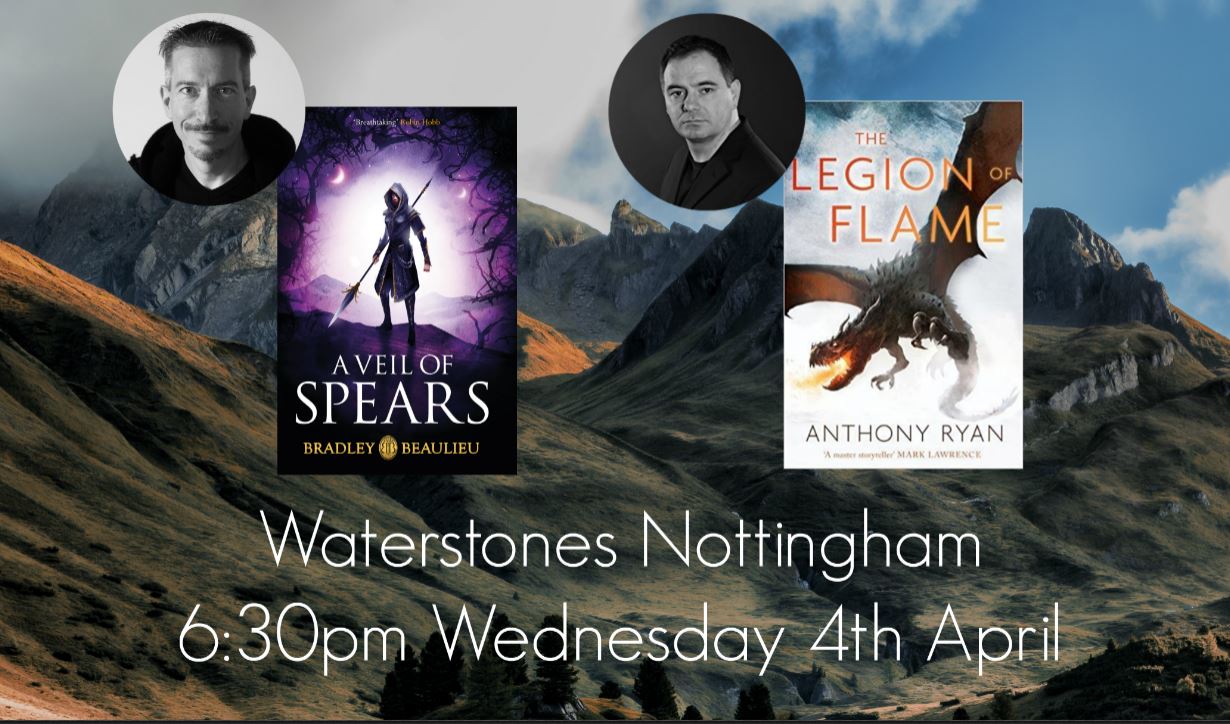 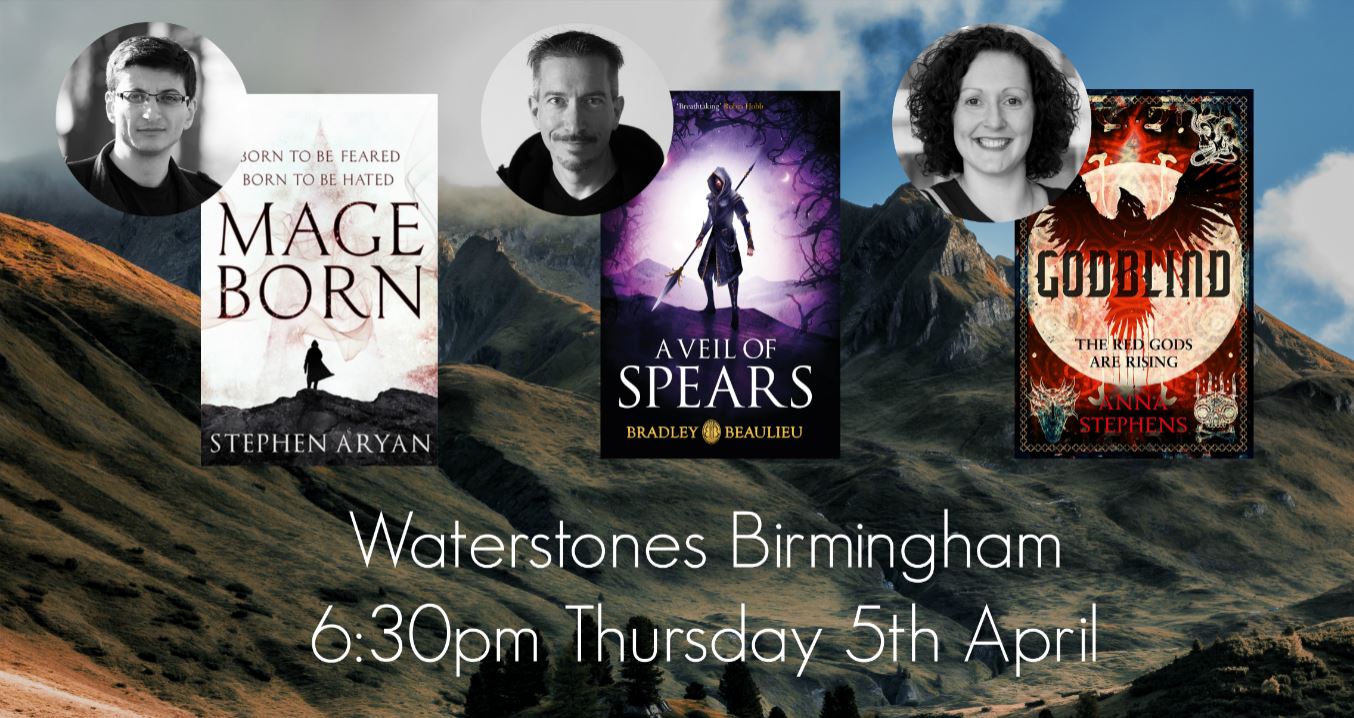 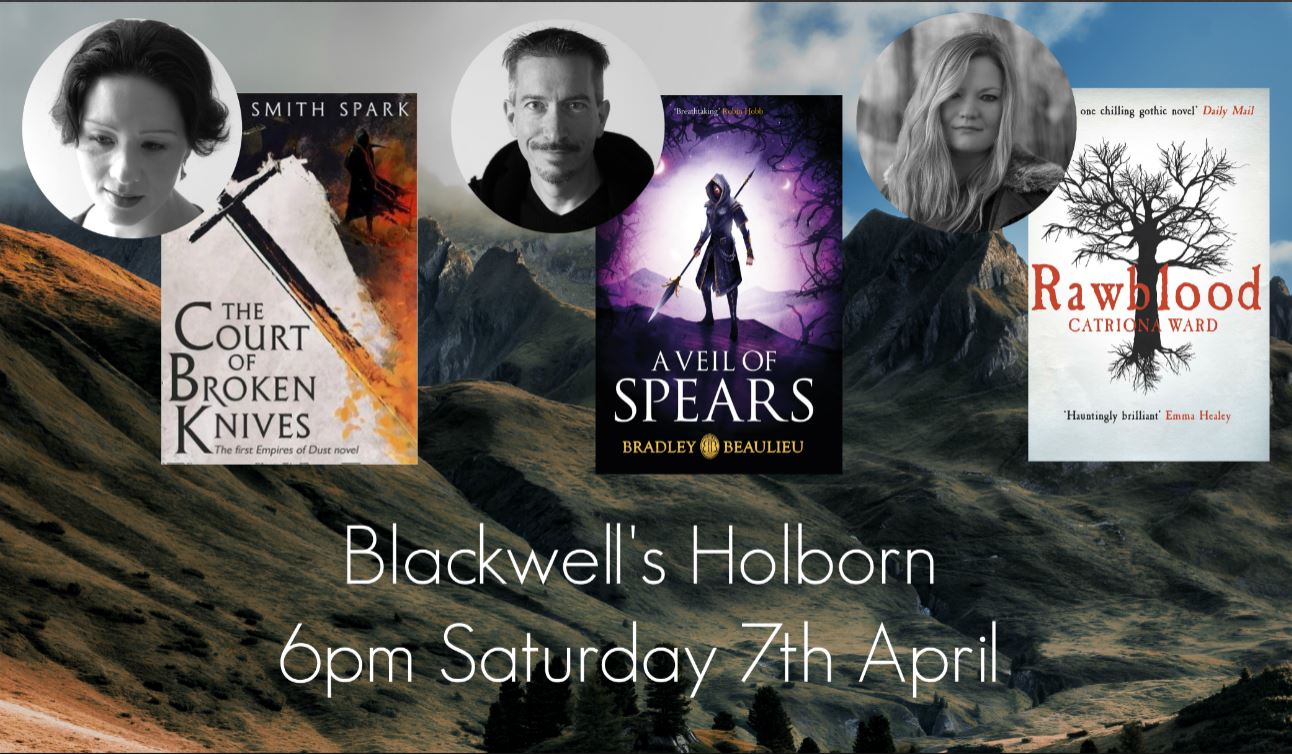 A VEIL OF SPEARS is the third book in an epic new fantasy series of mystery, prophecy and death within the ancient walled city of the Twelve Kings . . .

The Night of Endless Swords nearly saw the destruction of Sharakhai, and since then the Kings have come down hard on the rebelloious Moonless Host. Hundreds have been murdered or given to the Confessor King for questioning. Hundreds more have fled. Including Çeda, who has discovered that Onur, the King of Sloth, has returned to the desert to raise an army and challenge the remaining kings.

The Moonless Host – who have taken to calling themselves the Thirteen Tribe – will be trapped between Onur’s growing influence and the considerable might of the kings who, with Sharakhai firmly back under their rule, are turning their attention to the desert once more.

Çeda knows that the asirim are the key. If she can lift their curse and free them from their bondage, then they can save Thirteenth Tribe from the the squabbling kings . . . and perhaps the kings themselves are no longer as unified as they once were. As they vie against each other for control of the city, could Çeda make an ally of one of them? And which one, when any of them could betray her as easily as they would their fellow kings.

Whatever the solution, the end is coming: as Çeda focuses on freeing the asirim and weaken the kings’ hold on Sharakhai, the kings’ forces, the scheming queen of Qaimir, Hamzakiir the ruthless blood mage, and the thirteenth tribe all prepare for a grand clash that may decide the fate of all who sail the desert.

Bradley Beaulieu is the acclaimed author of THE WINDS OF KHALAKOVO trilogy, and has been singled out as a writer to watch, having honed his craft working with high profile authors including Holly Black, Tim Powers and Nancy Kress. He lives and works in the US and is available for interview.