We are thrilled to announce that Ben Aaronovitch’s brand new Rivers of London novel, Lies Sleeping, will be available on the 6th November 2018!

Martin Chorley, aka the Faceless Man, wanted for multiple counts of murder, fraud, and crimes against humanity, has been unmasked and is on the run. Peter Grant, Detective Constable and apprentice wizard, now plays a key role in an unprecedented joint operation to bring Chorley to justice.

But even as the unwieldy might of the Metropolitan Police bears down on its foe, Peter uncovers clues that Chorley, far from being finished, is executing the final stages of a long term plan. A plan that has its roots in London’s two thousand bloody years of history, and could literally bring the city to its knees.

To save his beloved city Peter’s going to need help from his former best friend and colleague–Lesley May–who brutally betrayed him and everything he thought she believed in. And, far worse, he might even have to come to terms with the malevolent supernatural killer and agent of chaos known as Mr Punch . . .

Lies Sleeping will be available in hardback, ebook and audio download. 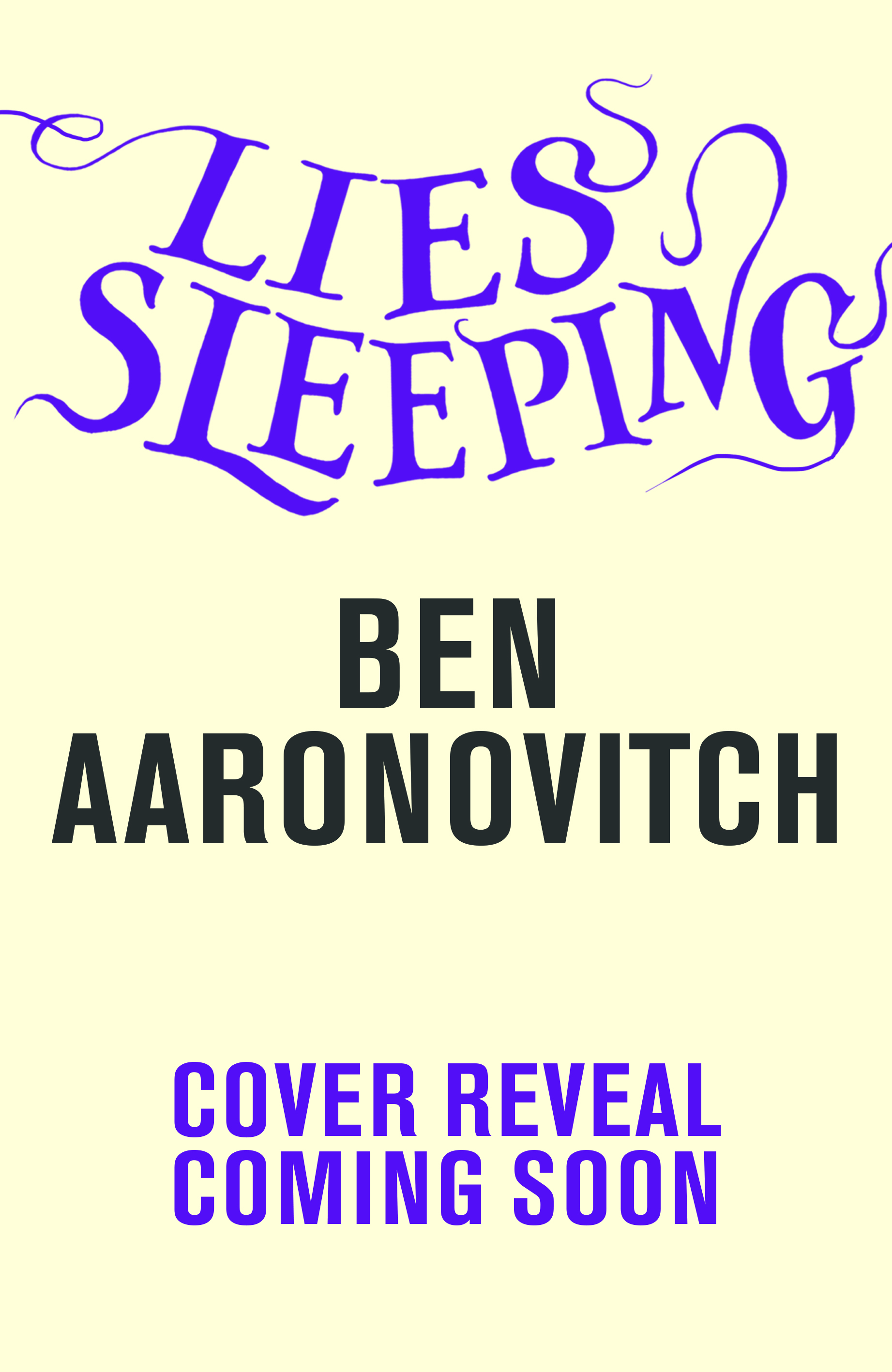