The book is an insane roller coaster ride of extreme battles, emotions and insanity
Nerdly.co.uk 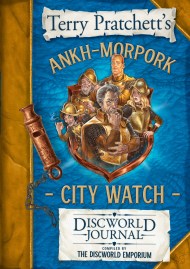