Breathless stuff!
CRIME TIME
No Way crackles with dramatic tension. I was a big fan of One Way and in this sequel SJ Morden takes the action and suspense to another level. Frank Kittridge faces treachery and danger at every turn as he tries to earn a ride back from Mars. Highly recommended
Adam Hamdy 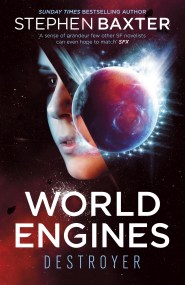