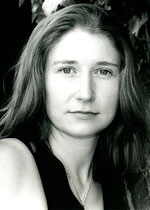 We are thrilled to welcome Steph Swainston back to the Gollancz blog for a special guest post on heroes, Fair Rebel and the Castle series.

These days, heroism isn’t hard to find. The cinemas abound with superheroes; a boy wizard is recognised around the globe, even the Jedi have returned again. These can be fun, exciting, uplifting. But the same thing links them all; their talent is intrinsic. They are born, products of hallowed bloodlines, or created by mysterious outside forces. In our fantasies, it seems, we yearn to discover we are special, chosen by nature or circumstance for something larger than life. Freed from the meanness of the grind and constant, endless, competition and delivered into a life of epic proportions and noble intent, simply because of what we are. It is the dream of an age of anxious powerlessness.

When I was young, all around me, I saw people striving and working very hard to get out of the bad situation they were in. Then, that struck me as a noble goal, heroic even, and I hoped that if we worked hard enough, some external authority would recognise it, and help us towards success. But the heroes forged themselves, even if they needed a mentor to give them purpose. So I imagined the Castle, where the Emperor does exactly that. The best person in the world at each skill can apply to him, he’ll make them immortal, and give them a place in the Castle if they agree to help him advise the world and lead in the battle against the Insects. It’s a true meritocracy, because the Emperor controls it, and keeps it fair. Everyone can apply, no matter where they’re from, and everyone has the same chance.

Well, I was only five years old, so I can be excused such naivety. But the roots of my naivety were deep. I worked hard and I went to

university and I was told that was the key. ‘The world’s your oyster,’ they said. I wasn’t going to save the world from dark forces, but I could find a path to do some good. But I found that, after university, I couldn’t get a ‘proper’ job, just an endless succession of little jobs in order to survive. That’s one thing Fair Rebel is about. I’m always really talking about the working world. In it, I strived hard, strived constantly, but sank further all the same. That’s the case for so many people now, we’re on short-term contracts, zero-hour contracts, minimum wages, ‘living wages’ – which no-one can live on; precarious positions. It seems we have the wrong bloodlines, lack the magical powers to survive year-long unpaid internship, missed that gamma-ray burst that would take us into the role we yearned for, where we could do good; be the hero we dreamt of.

A writer calls us The Precariat, and says it’s dangerous to have such an uncertain, alienated, angry section of the population. Another book calls us The Unhooked, smart people who try to compete, but rich folk pay their way before us. Bloodlines. People who have been so left behind have nothing left to lose, so why not rock the boat? They might vote for Brexit or for Trump.

Or they might listen to extremists – any demagogue who promises to help them – or will at least make the others feel the pain we have. That’s what Fair Rebel is about.

The Emperor and his immortals have kept the Fourland’s society static for fifteen hundred years, and now it’s all going to change, and the results will be explosive.

Steph Swainston’s fifth Castle novel, Fair Rebel,  is out now in trade paperback and ebook. Steph is on Facebook and Twitter.