It’s publication day and we’ve got two incredible new books to share with you. So get your wishlists ready and take note of these epic new reads. 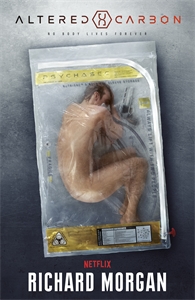 Four hundred years from now mankind is strung out across a region of interstellar space inherited from an ancient civilization discovered on Mars. The colonies are linked together by the occasional sublight colony ship voyages and hyperspatial data-casting. Human consciousness is digitally freighted between the stars and downloaded into bodies as a matter of course.

But some things never change. So when ex-envoy, now-convict Takeshi Kovacs has his consciousness and skills downloaded into the body of a nicotine-addicted ex-thug and presented with a catch-22 offer, he really shouldn¿t be surprised. Contracted by a billionaire to discover who murdered his last body, Kovacs is drawn into a terrifying conspiracy that stretches across known space and to the very top of society.

For a first-time SF writer to be so surely in command of narrative and technology, so brilliant at world-building, so able to write such readable and enjoyable SF adventure, is simply extraordinary.

‘One of the best books I have ever had the pleasure of reading’ – Goodreads reviewer, 5 stars

Altered Carbon is available with a brand new cover in mass market paperback, audio, and eBook. 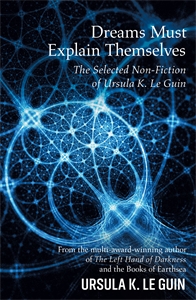 The essential collection of the non-fiction writing from one of the most astute and powerful writers of the past century, Ursula K. Le Guin

Ursula K. Le Guin won or was nominated for over 200 awards for her fiction, including the Hugo, Nebula, World Fantasy and SFWA Grand Master Awards. She is the acclaimed author of the Earthsea sequence and The Left Hand of Darkness – which alone qualify her for literary immortality – as well as a remarkable body of short fiction, including the powerful, Hugo Award-winning ‘The Ones Who Walk Away from Omelas’ and the masterpiece of anthropological and environmental SF ‘The Word for World is Forest’ – winner of the Hugo Award for best novella.

But Ursula’s talents did not stop at fiction. Over the course of her extraordinary career, she penned numerous essays around themes important to her: anthropology, environmentalism, feminism, social justice and literary criticism to name a few. She responded in detail to criticism of her own work and even reassessed that work in the context of such critiques. This selection of the best of Le Guin’s non-fiction shows an agile mind, an unparalleled imagination and a ferocious passion to argue against injustice.

In 2014 Ursula K. Le Guin was awarded the National Book Foundation’s Medal for Distinguished Contribution to American Letters, and her widely praised acceptance speech is one of the highlights of this volume, which shows that one of modern literature’s most original voices is also one of its purest consciences. Ursula sadly passed away in January 2018 but her sharp, empathetic writing will resonate with readers worldwide for years to come.

‘What a pleasure it is to roam around in her spacious, playful mind. And what a joy to read her taut, elegant prose’ – Erica Jong

‘A perfect fantasy quest. There’s not a wasted word’ – Goodreads review of A Wizard of Earthsea, 5 stars

‘A pioneering work of science fiction’ – Goodreads review of The Left Hand of Darkness, 5 stars

Dreams Must Explain Themselves is out available now in trade paperback and eBook.