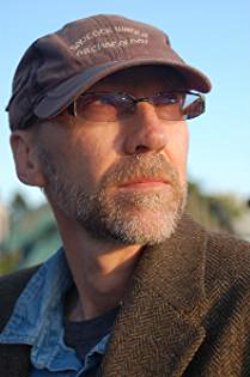 Gollancz is thrilled to announce the acquisition of Rejoice, A Knife to the Heart, a new science fiction novel from bestselling fantasy author Steven Erikson.

Gollancz Commissioning Editor, Marcus Gipps, bought the rights from Caspian Dennis at Abner Stein on behalf of Howard Morhaim of the Morhaim Literary Agency. The deal is for World excluding North America and includes audio and translation rights. North American rights have sold to Promontory Press.

Rejoice, A Knife to the Heart tells the story of the Intervention, which begins when Samantha August, science fiction writer, disappears into a beam of light, apparently from a UFO, while walking along a busy street in Victoria, Canada.  While footage of the incident – captured on smartphones – goes viral, Samantha wakes up in a small room, where she is greeted by the voice of Adam, who explains that they are in orbit and he is AI communicant of the Intervention Delegation, a triumvirate of alien civilisations seeking to ensure the continuing evolution of Earth as a viable biome. Thus begins an astonishing, provocative, beautifully written and startlingly visionary novel of First Contact.

Steven Erikson said: ‘I am delighted to be with Gollancz as I venture once more into the SF market (this time on a serious note), beginning with my First Contact novel, Rejoice, a Knife to the Heart.  I look forward to this new chapter in my writing career and working with the terrific team at Gollancz.’

Marcus Gipps said: ‘I’ve admired Steven’s excellent fantasy series for years now, and was thrilled to receive this page-turning yet thoughtful science fiction novel. I love First Contact narratives, and this adds much to the genre – not least a chillingly plausible alien sense of what the human race needs next. We’re thrilled to welcome Steven to the Gollancz list.’

Rejoice, A Knife to the Heart will be published by Gollancz in October 2018 in hardback, as an ebook and as an audiobook.