We are delighted to reveal the cover for C. Robert Cargill’s latest work, We Are Where the Nightmares Go. This is a brand new book from the critically acclaimed screenwriter of Marvel’s Dr. Strange, and the author of Sea of Rust and Queen of the Dark Things. This time Cargill brings us a hair-raising collection of short fiction, that illuminates the strange, humorous, fantastical and downright diabolical that tantalise and terrorise us: demons, monsters, zombie dinosaurs and Death itself. Scroll on to see this fantastic cover, designed by Loulou Clark.

In the novella ‘The Soul Thief’s Son’ C. Robert Cargill returns to the terrain of the Queen of the Dark Things to continue the story of Colby Stevens . . .

A Triceratops and an Ankylosaurus join forces to survive a zombie apocalypse that may spell extinction for their kind in ‘Hell Creek’ . . .

In a grand old building atop a crack in the world, an Iraq War veteran must serve a one-year term as a punisher of the damned, condemned to consume the sins of others in the hope that one day he may find peace in ‘In a Clean, White Room’ (co-authored with Scott Derrickson). . .

In ‘The Town That Wasn’t Anymore’, the village of Pine Hill Bluff loses its inhabitants one at a time as the angry dead return when night falls to steal the souls of the living . . .

And in the title story, ‘We Are Where the Nightmares Go’, a little girl crawls through a glowing door beneath her bed and finds herself trapped in a nightmarish wonderland – a crucible of the fragments of children’s bad dreams.

These tales and four more are assembled here as testament to Cargill’s mastery of the phantasmagoric, making We Are Where the Nightmares Go and Other Stories a collection of unnerving horror and fantasy will keep you up all night and haunt your waking dreams.

We Are Where the Nightmares Go is available to preorder in eBook now, and is released on 21st June 2018! 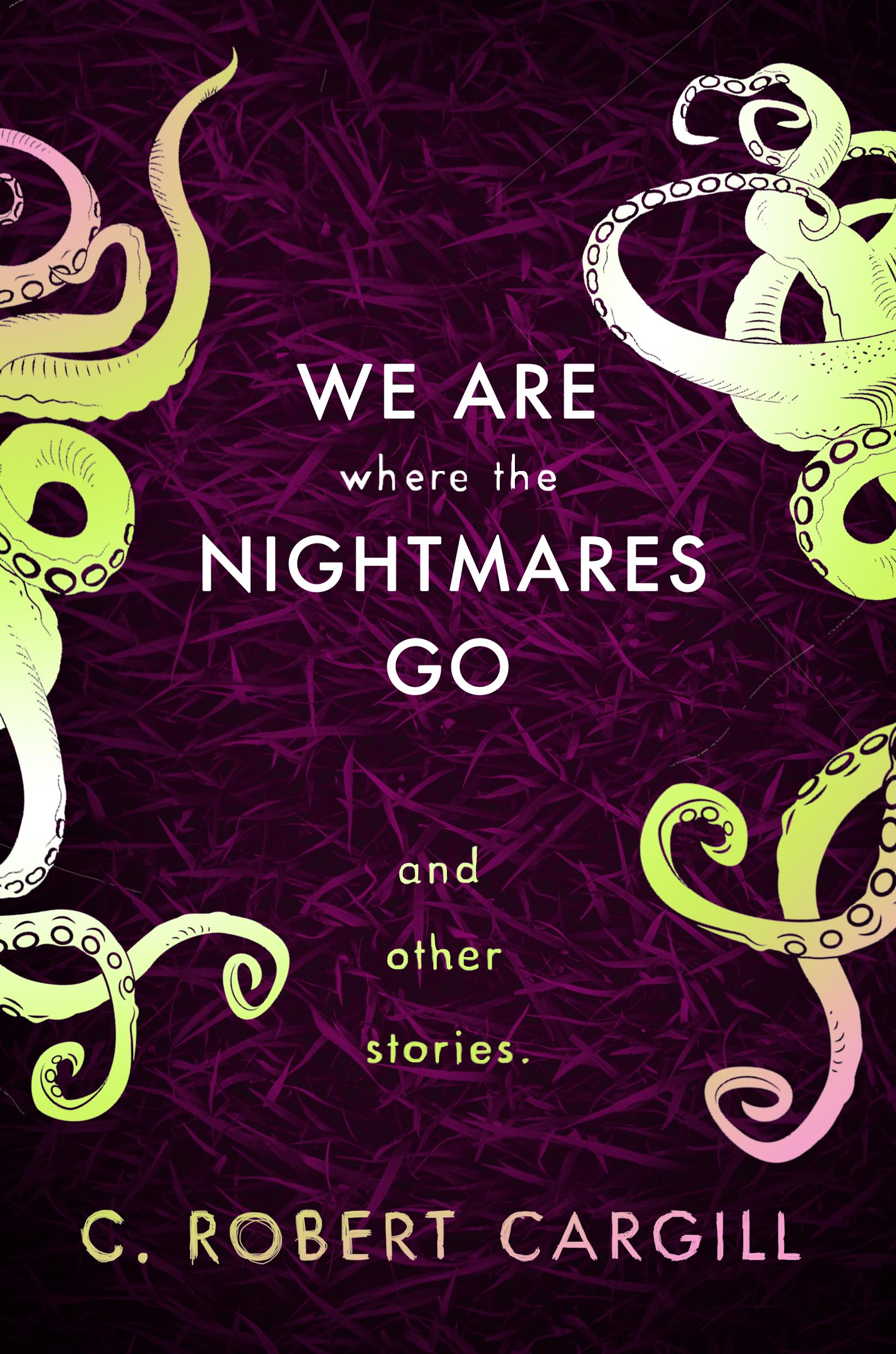